Concerns over brand safety developed this year with the uncertainty and lack of regulation when of user-generated content. Brands and advertisers were quick to react after it was shown that their creatives were being placed against undesirable content on Facebook and YouTube. Half a year later, it seems those same concerns still exist.

On September 13th, at a tech conference in Germany, Carolyn Everson the Global VP of Marketing Solutions for Facebook released an op-ed addressing the issues of transparency and brand safety.

While Facebook is introducing a new standard that will help provide guidance around what types of publishers and creators are eligible to earn money on the platform, Everson admitted that there is no practical way to police a social network of 2 billion people saying “with a community as large as Facebook, however, zero tolerance cannot mean zero occurrence.” And while they are committed to doubling their existing team, Everson concedes that there is a long way to go.

The admission is bad timing considering Facebook is battling criticismof inflating their advertising reach. The platform’s ad manager claims a reach of 41 million 18-24-year-olds in the United States, despite there only being 31 million in that age group. 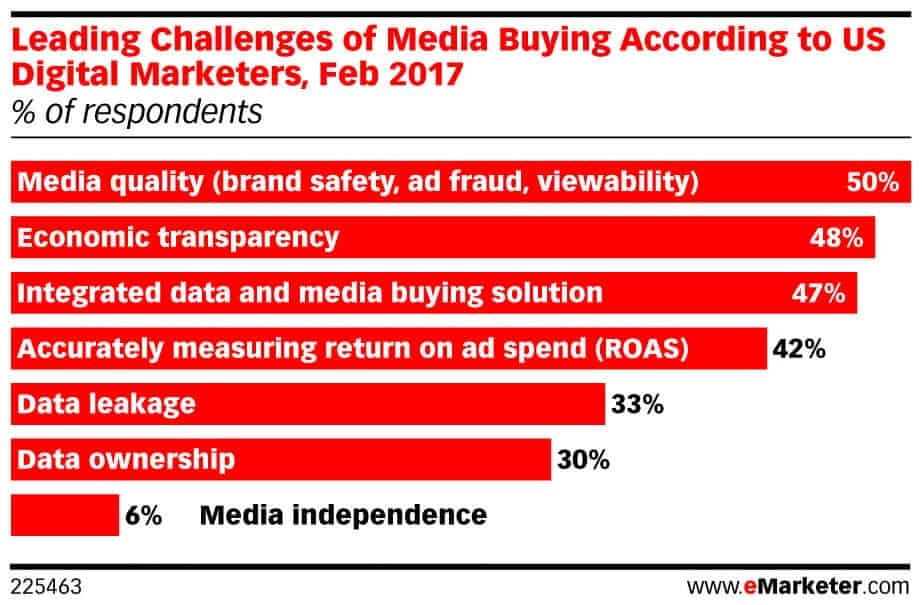 On the other side of the duopoly, Google finds itself back in the fray of questionable brand placements after one of YouTube’s most popular personalities used a racial slur in his content. PewDiePie has over 60 million subscribers and is the top earner for the platform. In a recent live stream, the creator uttered a racial slur after a bad performance. He has since apologized for the incident but this isn’t the first time the YouTube star has been in hot water for racially charged language.

While Google has taken strides to limit the amount of offensive content advertisers are placed against, brands cannot pull ads from specific channels. This means that advertisers may end up being stuck against content that now has a negative public image.

The repeated occurrences of brand safety concerns could be with the way the companies view themselves. Martin Sorrell, CEO of WPP, says that the two need to accept that they are now media companies (something both have said they are reluctant to do) and adjust their standards accordingly. He also states that this is a major opportunity for traditional media to illustrate themselves as a safer bet.

This is the value advertisers see in a platform like SendToNews. Not only are we placed on trusted publishers but the content is completely safe to advertise against. There are no concerns of leading organizations like Major League Baseball, the NFL, NBA or PGA TOUR pushing out content that could be damaging to their image, so brands have an increased comfort level selling into their product.

Both Facebook and Google have a long way to go when it comes to guaranteeing advertisers a brand safe environment. This is a golden opportunity for news publishers to illustrate to advertisers that there are other options on the table besides the two platforms that dominate the industry.

Manage Cookie Consent
We use cookies to enhance your browsing experience, serve personalized ads or content, and analyze our traffic. By clicking "Accept", you consent to our use of cookies. You can review our policy in full HERE.
Manage options Manage services Manage vendors Read more about these purposes
View preferences
{title} {title} {title}